I'm honoured to be today's stop on writer Ross Mountney's blog tour. Ross is, like me, an author and a home educator (although Ross's kids are now grown up!), and it was fascinating to chat with her. She has written several books about home education, including A Home Education Notebook, A Funny Kind of Education, and her two picture books, Who's Not in School and The Wrong Adventure. Ross was also a regular contributor to the Education Otherwise newsletter, with her column The Diary of a Home Education Nobody.

Ross and I had a chat, and I asked her about her books, her writing, and her home educating life. 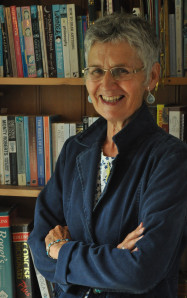 What made you decide to home educate your own children?

The short answer; their increasing unhappiness and dread of learning after they started school when they’d been so interested in everything before. The longer answer is that I’d already taught in schools and witnessed first hand how children’s needs were neglected; I’d witnessed bright children failing and the fault laid wrongly at their door, children whose personality was such that the classroom didn’t work for them, and damaging relationships (some with the adults concerned) that can exist in a school climate. I also thought that education was more than box ticking, which it has become in the system. However, I put all this aside in consideration of the fact I might be wrong. Witnessing the decline of the girls’ happiness, health and capacity to learn persuaded me that there must be a better way. There is!

What is the single best thing about home educating?

The potential for unlimited learning within a happy and respectful environment that the individual can have charge of.

And what is the worst?

In the end, you have to let go of it and allow them to do it themselves, which they do. But this is a difficult aspect of parenting, even without home ed in the equation, that sneaks up on you before you’re ready!

A question I'm often asked: How on earth do you find the time to write?!

I was always a passionate writer – I guess I just like gabbing on! So I originally did it for recreation, snatching moments before the little ones were awake, borrowing time when my mum babysat (you can read about that in A Funny Kind of Education) and being disciplined with time, which I thought was a good example for the children. I also believed that it was important as a family to respect each others’ space and time and we talked about that a lot. 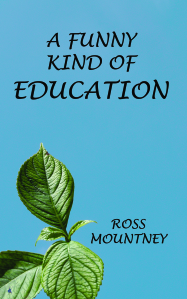 Today in publishing there is a lot of talk about "diversity", yet there are very few books that feature home educated characters. Why do you think this is?

I don’t think that home education had really permeated into people’s consciousness as a serious way of educating before now. Where it has, it has been treated with both suspicion and, often, derision. People are a lot more open now, so time for change!


How difficult was it to write your picture books about Harry, the hero of Who's Not in School and The Wrong Adventure? For instance, were you conscious that the books should avoid "preachiness"? 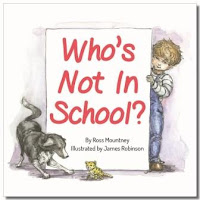 I’m so glad you bring ‘preachiness’ up as it suggests they’re not – big relief! In all of my books I was desperate to avoid that – there’s nothing I hate more. So it’s been a conscious part of my writing through all my books. Who’s Not In School came to me quite easily as I wanted to illustrate home ed family life and make up a story way of doing that that was more likely to be read. More importantly I also wanted kids to be able to read about a character that learnt the way they did. With The Wrong Adventure I wanted to show how every youngster has a natural desire to learn and that’s what leads Harry into trouble, not the desire to be naughty which some see it as. Memories of my two youngsters provided all the scenarios – although they’ll probably deny that!

The books are beautifully illustrated. Was it important to you that the illustrator of the Harry books should be a home educated person? Was that a deliberate decision or was James Robinson's work already known to you or Jane (your publisher)

We were so lucky to find James and his beautiful way with illustration. The publisher put out a shout for an illustrator and he responded – it was never a requirement that they should be a home educator themselves. Although this made their vision much closer to reality than it might otherwise have been. If you haven’t lived home ed, you really have no true picture of what it’s like. He did the job even better than we hoped. 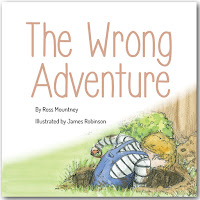 Have you had any joy in getting your picture books into libraries? Libraries stock plenty of Starting School type of books... I wonder how open they are to a very different concept!?

The ones I’ve heard about have been open to the books. I’ve donated a couple and I know others have, and readers have requested them with some success. So here’s hoping the word gradually spreads.

At the moment I'm reading Grayson Perry's 'Playing to the Gallery'. I tend to read as much non-fiction as novels and find inspiring ideas about education buried in the most surprising places! His opening questions about what is art? - equally apply to education! Really made me think and prompted a future blog post on the question, as my reading often does.

Ross's books are fun and informative, and if you are a home educator, you're considering home education, or you are just interested in the idea, her books are a fantastic starting point. Do check out Ross's publisher Birds Nest Books for more information.

Ross's website can be found at Ross Mountney's Notebook

Big thanks to Ross for being my guest today!
Posted by Louise at 07:31