"Cor, Louise, you swallowed a dictionary?"

I've been hearing a lot about working class writers recently. The term "working class" is broadly situated under the "diversity" banner. And that's fine; working class "voices" should be heard. But I wonder what exactly is meant by "working class"? And what precisely is a "working class" story? I've been pondering all this for some time, following the posts and comments online of writers like Kit de Waal and Kerry Hudson, fabulous writers both.

I'm working class. I was brought up with few aspirations; very little money; I rarely had new things, even at Christmas and on my birthday. Yet I lived in an old, detached house in a village (in fact, two houses in two villages; we moved when I was ten) in Oxfordshire: generally regarded as a pretty posh part of the world. But our house was damp, had no central heating, it was furnished with second-hand, tatty furniture. It was bought by my parents in the days when one wage could just about buy you a village property. My mum was a SAHM (stay at home mum -  most mums were in the 70s, as I recall) and we didn't exactly eat like kings. Mum had about three dishes in her repertoire, and a lot of white bread and marmite. We had no mod cons as they were called then - no dishwasher, no tumble drier, no washing machine. My clothes were bought in village jumble sales and I will never forget the humiliation when a fellow pupil at my village school recognised "her" pink dungarees. I denied they were hers, of course. But she knew and she gave me a hard time. She was working class too. 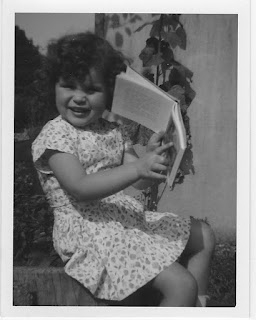 The one thing we did have, either from jumble sales or the library, was BOOKS. These were the saving grace of my childhood. I read a lot, and I read about characters who were nothing like me - I devoured stories about boarding schools; posh kids' school hols adventures; stuck-up orphans; middle class American families; upper class Victorian ghosts; I dreamed I was IN these stories. I wanted to be Katy Carr's sister; Joey Bettany's best friend; Anne's fellow girly friend, because George was too hopelessly boyish. I think it's often, but not always, a myth that people want to see "themselves" "represented" in books. I didn't. I wanted to escape, and imagine a different life for myself. 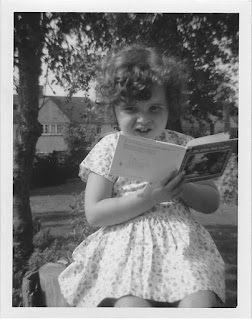 As a child, my reading made me a bit precocious, at least by my family's standards. I was asked by wider family members, more than once, "You swallowed a dictionary?" and I think, in many ways, that's precisely what I did. I lost myself in books, in the worlds created by authors. From a young age I wanted to be an author, but it would take me many years to admit that even to myself, let alone get on and become one (my first novel was published when I was forty-six). 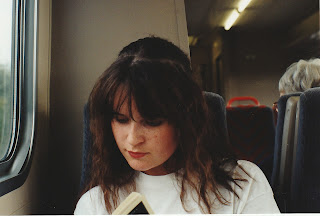 To be a working class writer is in many ways to feel like a fish out of water. A trip down to London to meet up with my publisher cost me a fortune; the publisher's offices were stuffed full of (very nice) people who I guessed didn't attend their local comprehensive, but who instead went to the kind of  schools I once upon a time read and dreamed about. I often felt guarded in these meetings; unreasonably shy; even embarrassed by myself. What would have been useful is to find somebody else in the room noticing me; recognising and acknowledging me; understanding my background. Even better, it would have been great for me to recognise them. I pretended to be middle class, to fit in, because I felt like the only working class person in the room. Possibly I wasn't, but it felt like it. 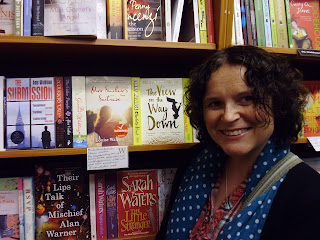 It's great that some publishers are now accepting new recruits without degrees (I finally got mine via the Open University when I was forty-two). But I think other changes could make publishing a less alien, even threatening, environment for working class people: more older staff, more BAME staff, more accents, and perhaps controversially, more male editors and agents. How about offices based in other cities - Manchester? Newcastle? Birmingham? Glasgow? Such changes can't happen overnight, of course. And I hope agents and publishers don't attempt to ghetto-ize working class writers, insisting on stories only about council estates; drug abuse; single mums; all the cliched "working class" trappings. To do that would be to pay lip service, to reduce working class writers and their stories to token gestures. Box ticking.

I don't try to act posh anymore, because I'm not. You can take the girl out of the working class but you can't take the working class out of the girl. I'm not loaded (I'm a writer for heaven's sake!) but I'm proud of what I've achieved and I think my background eventually served me well and helped me to grow into the reader, writer, editor, publisher and business woman I've become. In common with other working class folks I can spot pretentious bullshit at fifty paces. That really is a useful skill! And of course, some habits never die: I still frequent libraries and I still buy second hand clothes. Just not pink dungarees...