Hope everybody had a relaxing break over Christmas. I ate and drank too much, but I did watch some TV, I read a great book, and I spent New Year's Eve watching my new DVD: Abigail's Party. How good is that?


So now I'm on a diet, and gearing up for my second novel's publication in March. This time last year I was on the verge of making the decision to self-publish. I remember my main worry was that it wouldn't be "real" publication. I no longer feel that way. Although in my darker moments the thought does rear its ugly head again. So what are these darker moments that cause me to doubt my decision?


Well, dreadful articles such as the Huffpost piece at Christmas time that managed to denigrate ALL self-published authors. Self-publishing is "an insult to the written word". Well, anybody with a brain cell knows that's nonsense, so it isn't the article itself that worries me: it's the fact that these articles are still being given space, the authors of such drivel are still being paid to write them (except this author wasn't paid, because rumour has it the Huffpost doesn't pay its writers). The joyless fact that too many people still appear to share this attitude is what worries me. Of course there are crappy, sloppy, laughable "insults to the written word" among self-published books. But exactly the same can be said of "traditionally" published books. Who hasn't read (and/or given up on) a book and wondered how on earth it got published? Traditionally published books aren't necessarily a guarantee of literary merit and we all know that. And a self-published book isn't necessarily crap. Please, this year, can we dispense with this false dichotomy? 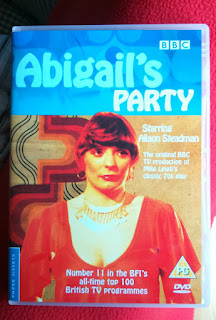 "Yes, Beverley, there is such a thing as a good self-published book."

Indie music and indie films are broadly accepted, loved and respected. And crucially, indie film makers and musicians are integrated into their respective industries. Why not indie books and authors? It can only be snobbery, and fear, and a failure across the book industry to embrace the exciting development that is indie publishing. Such resistance! And such a long way to go. But we indie authors will get there, because we can't fail. We've come so far, and there is no going back. Technology, Amazon, book bloggers and readers are all on our side. So are some bookshops and libraries. Even a few book prizes are tweaking their rules so as not to exclude indie authors. I think more will follow. It may take a while, but they will.


So, despite silly Huffpost articles, I'm excited for March, and I'm working my butt off (alas, it's a metaphor) behind the scenes on publicity and marketing. I'm also working on a third novel. How that one will be published, I don't know. But I do know I have a range of options, and that is exciting.