First Paragraphs: Before and After - The Naseby Horses

Time to get my blog back up and running! My last post was about Laura Laakso's book launch for her debut novel Fallible Justice... and now here we are, six months later, about to publish Laura's second, Echo Murder. Laura's Wilde Investigations series is going from strength to strength, and I should know: I've read and edited the third one, Roots of Corruption. It's an absolute corker. That's out in March and I know her fans are going to love it. 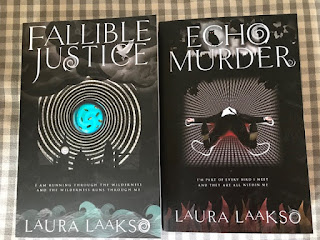 I'm planning a series of posts looking at each of my authors' first paragraph(s), sharing here the BEFORE version (how it read when first submitted to me) and the AFTER version - how it appears, or will appear, in the actual finished book. The editorial process can be a bit of a mystery if you haven't yet experienced it, so I hope these posts will be interesting.

I'm kicking off with Dominic Brownlow's The Naseby Horses. The novel was long listed in the Bath Children's Novel Award in 2016. It appeared in my submissions inbox back in late July 2018. A friend of mine had critiqued the novel and Dominic had tried agents, without success. My friend asked me if I would like to read it. I agreed to have a look... and am I ever glad I did! It's a cracking novel: multi-layered, beautifully written and loaded with atmosphere. However, that first version I read (twice, in succession) was a bit... choked up. Too many words, too much imagery, it was simply too NOISY. I remember mentioning to Dominic (at Laura's book launch party, glass of wine in hand) that we needed to thin the novel out. He looked a tiny bit... worried! I'm pretty sure I said something about less being more... 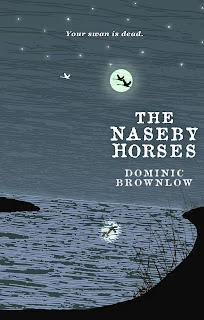 It took six months to tame this beast, but we got there, and the resulting novel is something I think both author and editor are very proud of.

So, here are both versions of the opening paragraphs of The Naseby Horses, followed by the rationale behind the changes we made....

It’s another day and a night before they let me leave the hospital. Uncle Pete picks me up in his black Rover, driving slowly over the chain of mini roundabouts that gets us out of Spalding onto the straight, lonely roads of the Fens. There’s still been no word from Charlotte.
‘Hobby,’ he says, ducking his head to look at a small bird of prey hovering by the side of the road. ‘Marsh harriers have been plentiful over Lakenheath and there’s been a golden oriole spotted Monday. Maybe we’ll get up there when all this blows over, hey?’ There’s little of the usual buoyancy in his Norfolk accent.
The hobby drops to the ground, bouncing back into view with a field mouse locked in its talons and disappearing low across the fields as I press my head against the warm glass, my mind weighed down with the hazy fug of medication, and watch the earth streaming by in an endless blur of yellow and green and gold. Above stretches millions of square miles of unsullied blue sky.

It’s another day and a night before they let me leave the hospital. Uncle Pete picks me up in his black Rover, driving slowly over the chain of mini roundabouts that gets us out of Spalding on to the straight lonely roads of the Fens. There’s still been no word from Charlotte.
‘Hobby,’ he says, ducking his head to look at a small bird of prey hovering by the side of the road. The hobby drops to the ground, bouncing back into view with a field mouse locked in its talons, before disappearing low across the fields. I press my head against the warm glass, my mind weighed down with the hazy fug of medication, and watch the earth stream by in an endless blur of yellow and green and gold.
Above stretch millions of square miles of unsullied blue sky.

We reduced the word count by about 20%, which more or less continued throughout the novel. We got it down from almost 90k words to 75k.

1. This person can write.

The opening paragraph is pretty much perfect. It sets up the entire novel in three simple sentences. Therefore, it remains unchanged. My note to Dominic was: "Ideal opening paragraph. Lots to get the reader wondering from the start. This we do not need to edit!"

The second paragraph needed the cuts. I suggested we get rid of the bird talk, as it wasn't needed.  And the comment about Uncle Pete’s accent, likewise not needed. Not everybody (most readers, probably) will know what a Norfolk accent sounds like, so it was almost meaningless. I told Dominic this second paragraph was too cluttered. He fired back several comments about why it was all included... but he essentially agreed with me, and the cut was made.

We are left with just the one word of dialogue - “Hobby.” -  all that’s needed to convey the importance of birds, both in the novel, and to the protagonist, Simon. The fact that Uncle Pete recognises the bird tells us these people are bird spotters. Nothing else, I felt, at this stage, was needed.

The sentence about the unsullied blue sky was interesting. I suggested cutting it; Dominic defended it, and I backed down. He suggested it should be a single line paragraph, which I liked. It just works better, it's more emphatic, and the huge Fenland sky is pretty much a fixture throughout the novel. So a single sentence paragraph was the right decision, and we both agreed.

So there you are, the opening section. It's followed by a double line break before proceeding with the rest of the novel. Hope you can see how less is indeed more; and how good writing is often good because of what isn't on the page rather than what is. I always tell the authors I work with editorially (of all standards) do not be afraid of the delete button!

One of the most important changes we made was to edit the novel as adult literary fiction, rather than as a YA novel, which is what Dominic originally intended. We debated this quite a lot, in the end deciding the pace was more suited to literary fiction, rather than YA; and we also felt if published as a YA novel, we would risk not reaching some of its potential readers - those who I know are going to enjoy this book. So that was an important decision we had to make quite early on. That in turn informed the entire editorial process.

Editing is a two-way thing: there is much debate and almost arguing, at times! It's also an exhilarating process and a learning curve, for author and editor. A great deal of honesty is required on both sides, and the ability to take criticism is a must. As an editor, I also have to know when to back down and allow the author - who knows the novel better than anybody - to have it their way.

The Naseby Horses will be published on 5 December 2019 in hardback and ebook. More information can be found on my website https://www.louisewaltersbooks.co.uk/

I'll do another of these soon, which will be Laura's dazzling opening to Fallible Justice.