Mirror, mirror on the wall...

Thank you for all the responses to last week's post. It got far more attention than I'd anticipated!

This week I'm going to be slightly less controversial (maybe!) and talk about vanity, an issue that is inevitably tied up with self-publishing.

One of the issues I wrestled with while considering self-publishing was my own vanity. I have it in bucket loads. I honestly believe there isn't one writer who isn't vain about their work (if nothing else)! And the reason is, we have to be - whether trad published, self-published (assisted or truly going it alone), or if hoping/planning to be published by any of these routes. If we weren't vain we would never send our work out to agents, or upload it onto Kindle. When we submit our work to agents and editors, or to beta readers or to our partners or to critiquing forums - anywhere at all, we are saying to the world:

Here's something I've written. I think it's pretty good. In fact, I think it might be wonderful.

We know we are vain because if the response is even lukewarm, let alone negative or an outright rejection, we bristle with hurt pride, we leap to our writing's defence (even if only in private), and yes, we are shocked that the reader didn't love our offering. 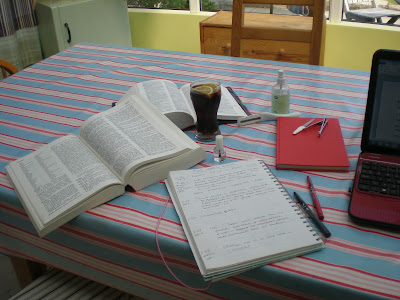 (One of my caffeine-fuelled writing sessions. Also, nail polish. I told you authors are vain!)


But in the sensible writer, the true writer who understands that writing is a craft, something else kicks in. I think it's an ability to see our own work as others see it, coupled with the genuine desire to learn and develop. It's also the wisdom to realise that our vanity, while necessary, is almost always false.

The problem with writing is that just about everybody thinks they can do it. We can read, we can write, we can punctuate and spell to one degree or another... we are literate. It's not like being able to paint, or play a musical instrument. Those are rarefied skills that most of us freely admit to not possessing. 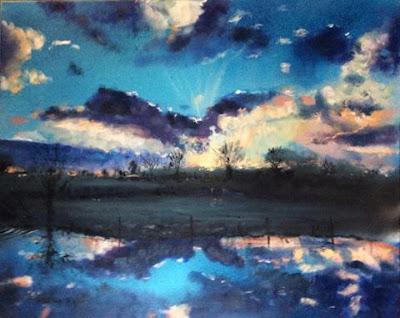 But writing? Easy peasy. Many a time I've told people I'm a novelist and the reply is, "Oh, I would write a novel if I had the time", or, "My great uncle Ebenezer had an amazing life, you could write about that". Or that old chestnut, Everyone's got a novel in them. (They haven't though.)

Many would-be novelists are actually in love with the idea of "being a writer". It tends to top those lists of most desirable occupations time and again. But "being a writer" is a fantasy, a romanticised, Harry Potter-fuelled lie. This notion of "being a writer", coupled with vanity and ego is enough to convince some people that they "should" be published. It's not wildly different to the people who audition for The X Factor. "I really, really want this," they say, regardless of their talent. But if I wanted to "be" a great clarinetist, I wouldn't just buy a clarinet and climb up on stage and try to play it. I'd look like a compete fool. What I would do is buy a clarinet and take lessons. I would practice for hours, days, years. Realistically, I would probably accept somewhere along the line that I would never be good enough to perform to an audience other than my mother. But writing is more subtle than that, it's far murkier. What we produce looks like writing. And these days we can turn it, more or less by ourselves, into something that looks like a book.

I asked myself over and over, isn't that what I would be doing? Is self-publishing this novel nothing but a vanity project? And other thoughts - so what if my debut got a book deal? This isn't that novel. It's a different novel and it may not be as interesting, or as commercial, or as whatever. There must be a reason it didn't get a trad deal, I tell myself, and it's true. I'm risking making an almighty fool of myself, making all those horrible noises on my metaphorical clarinet.

I still wrestle with those doubts and fears. I think I'm going to throughout this project. But I hold on to the fact that I can write fairly well, I know my current limitations, and I'll always strive to exceed them. I hope I understand the craft of writing, that truly it's not much to do with the ability to put words onto paper (although that is a start). It's little to do with imagination either - everybody has imagination. It's all about responsibility to our readers. If we are vain enough to present our work to the world in whatever capacity, that's fine to a point, as long as we remember to forget about ourselves, and get inside our reader's experience, and be considerate of them at all times. A good novel is a crafted performance and as long as we hang onto that thought, I think it's fair to publish our work in any way we can or in any way we choose, and see what the world has to say about it.

Next week I'm going to talk about validation. See you then!

Disclosure: Pete Tuffrey is my brother and he's a brilliant artist, do check out his work.