A Give Away and a Book Review - Little Boy Lost

I'm having a little give away! But first a review of Little Boy Lost by Marghanita Laski.

As I mentioned in a previous post, I went to Persephone Books in Bloomsbury recently. It is a beautiful shop, choc-full of the beautiful Persephone books. "One Shade of Grey" as Waterstones in Piccadilly described them! The books are just gorgeous and a pleasure to hold, smell, feel and of course read. Most of the range are books by forgotten or neglected female writers and they are a joy to discover. 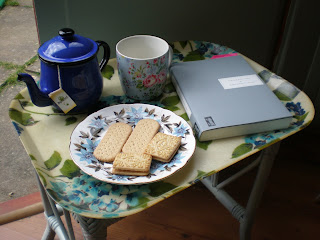 Hilary, a widower, lost his Polish-born wife Lisa at the hands of the Gestapo, in Paris, during the early years of WW2. They had a baby son, and Hilary met him only the once, the day after he was born.  On leave at his mother's home for Christmas 1943, a friend of  Lisa's, Pierre, calls on Hilary to tell him that his baby son has been "lost". Which means he is probably alive and been smuggled to "safety" somewhere by the French resistance. Hilary is still on active service so he can do little about it, but after the war has ended, he returns to France to try to track down his "lost" son. Pierre has done much of the legwork for him, and has tracked down a boy of the right age at an orphanage in a bombed-out town referred to as A-.

This is where the novel really takes off and the roller-coaster begins. Hilary has severe doubts about his ability to be a father. He's not sure how to handle his meetings with the boy who may be his son: "He must hide his fear and his boredom, must strive to interest and amuse. And he must try constantly now to keep the meeting gay and secure and never to open a breach through which emotion could suddenly flood in."

These daily meetings are supposed to help Hilary decide if the child is indeed his son or not; but it becomes increasingly less important as we grow to love the child and fear for him. We fear for Hilary too, as he  wavers, and we look on in near horror as he becomes perilously side-tracked by the niece of the owner of the hotel where he is staying. The novel, written in 1949, is surprisingly frank regarding sex: "... he dragged her into the shadow... pushing her against the hard stone as he pressed his body to hers, his tongue between her lips, draining with thirsty relief the warm comfort of her mouth." Hilary wants to have sex very badly with this young woman, with no strings attached. When she makes a suggestion that he finds  impossible to resist, the tension ratchets up to an unbearable level. The will he/won't he situation regarding Hilary and the small boy who may be his son is truly fearful and the little boy lost of the title can apply to both Hilary and the boy.

Finally (but not laboriously, it is a short novel), we reach the end, and what an ending it is, one of the best I've ever read. Absolutely no spoilers here, but whatever you do, do not read the ending first! Some stories fizzle out, but not this one. It is word perfect and if you're anything like me, it will leave you an emotional wreck. 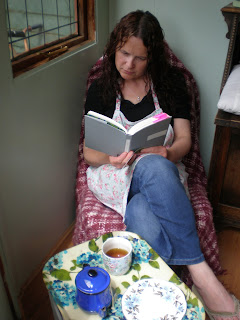 So, I am going to give away a copy of Little Boy Lost! If you would like to win it, could you leave a comment and tell me which book, for you, has a wonderful ending? You don't need to give away the ending, but simply recommend the book. Can't wait to see your recommendations.

The competition will close next Sunday, 16th June, at midnight BST, and I will put names in a hat and draw out a winner.