Reading for a writing competition. My observations!

I recently had the great pleasure to read for Retreat West's First Chapter competition. Amanda Saint emailed me in April and asked if I was available to help her. I jumped at the chance, as I've recently started critiquing novels (writing editorial reports) and reading for a comp seemed like a great opportunity. And was it ever! I loved reading all the chapters, even those that weren't working too well. I firmly believe that as writers we learn and improve all the time, and reading something that doesn't work can be just as instructive as reading something that works well.

The long list was arrived at reasonably easily. We had 29 chapters (out of the original 133) that we both felt merited a place on the long list. Whittling those 29 down to the final 10 this week was a little harder... but we did reach a consensus quite easily.

I scribbled down a few observations as I read, and I thought I'd share them with you. Things that worked, things that didn't. No specific examples and no names, of course.

Some of the chapters that didn't make the longlist were, quite simply, badly written. Not all of them, of course. "Competent" was a word I found myself ascribing to many of these chapters. But to go further in the competition, the chapters needed to be more than competent. I had the feeling that some of the writers don't read much; or don't read attentively; or haven't studied at all, at any level, how to construct a story. There is an art to it, a craft. It takes time, effort, huge attention to detail. It's not a case of just pouring words onto the page. It was easy to spot the no-hopers. And there weren't that many.

So, the next level. Why didn't some of the competent stories get onto the long list?

Some of the chapters, many of them in fact, suffered from over-writing. My pet peeve is a list of adjectives that all more or less mean the same, separated by commas. Like this: She was tired, fatigued, exhausted. Just pick the best one and stick to that. It's more concise, and has more impact: She was exhausted. Pace suffered when over-cooked description took over.

Typos. There were typos in all but a handful of the submitted chapters. I was flabbergasted by this. Why would you do that? Check, edit, re-check, re-edit. A typo-free chapter was refreshing and I was more inclined to put those on the long list even if the writing wasn't amazing. OK, amazing writing will always trump a handful of typos. But if the writing is borderline, typos could tip it in the wrong direction. Do everything in your power to remove all typos from your chapters. Seriously. There is no excuse.

Cliches. A surprising number of stories mentioned characters' breathing. It happened a lot. Don't. It's one of the biggest cliches going. Let your reader imagine how a character is breathing in the circumstances you have described. We all know how we are likely to breathe in certain circumstances. Don't ram it home. Also, Rolex watches. Almost without exception the rich characters wore a Rolex. Try another brand. Patek Philippe?

OK, I have to tell you now, clip art was in evidence. I kid you not. DON'T. It's the height of unprofessionalism. You each paid £15 per chapter to enter. That's a lot of money. If your entry is decorated with clip art, it screeches, "This writer is not trying to be professional." It is not getting onto the long list. You wasted £15. I say again, DON'T.

Titles. There were very few good titles. A good title is gold dust, a great opportunity to get readers interested. In some ways it's more important than a good cover. People love a good title. They want to repeat it, talk about it, READ it. BUY it. Always, always do your best to come up with an amazing title, if you can. There were a handful of honourable exceptions, and more than one of them is on the short list. Good titles tell the reader A LOT about the story. They are part of the story. A good title intrigues. Titles should evoke, if possible. There were many bland, meaningless titles. Work on this aspect. 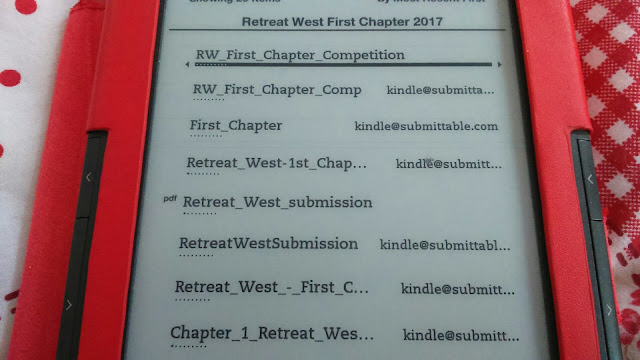 Umm.. Say no more? Please use the chapter name in your file name. Now, this didn't make any difference regarding getting onto the long and short lists. But it was a pain in the arse and made me lose patience a little quicker than I would have done if the name was obvious. It was hard to find a particular chapter. Remember, as an author a huge part of the job is to consider the readers' experience. You have to strive for clarity from the top down, and that starts with clearly naming your work.

So, I need to talk about the positive stuff too. Why did the final ten chapters make it to the final ten? Well, to begin with, all ten are very well written. (Yes, there are typos here and there!) The writers know how to open a story well, they know how to include enough info to whet the readers' appetite, without over loading the chapter with too much info (another frequent fault). The ten chapters are fun to read! They have a certain confidence... you have to believe in your work and believe in your ability to write. It's that quiet confidence thing. It's how you carry readers along with you. Gotta have it. Believe me, it really shows. You also have to be self-critical. I got the feeling these ten chapters had been well edited, looked at, re-written, re-visited. I felt the writers had been a little hard on themselves, which is essential.

I hope these tips help! It was a great experience to read the entries, and I'm already looking forward to doing it all over again next year.

Good luck to the writers of the ten short listed chapters. They are all worthy winners of the competition and I can't wait to see which one is finally chosen by Laura Williams. 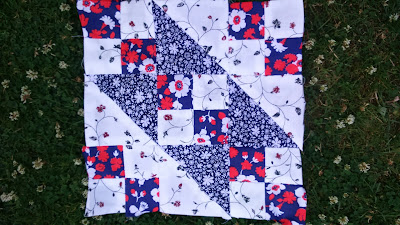