This week I was thrilled to announce news of my latest venture. I've set up my own imprint in order to publish my third novel. It's a scheme I've been cooking for quite a while, held back of course by a myriad of doubts.

I love my logo! Designed by the wonderful Jennie Rawlings

I self-published my second novel, A Life Between Us, in March via assisted publishing company Matador (Troubador Publishing). That was an exciting time, and consumed most of 2016! My sales have not been wildly exciting... but of course they were never going to be. Sales are steady, and regular. I've sold 27 copies through my website (admittedly, at a loss. I'm not charging for postage which is £2.90 per book, 2nd class) and through hand selling. I've given away about 50 copies. My book was left in the wild on Indie Author Day via Books on the Underground. I've heard from libraries and indie bookshops that they are going to stock A Life Between Us. I've also heard from Waterstones, who are not going to stock it. I've been awarded a Chill With a Book Readers' Award (recognising excellence in indie books). I've had lovely support from book bloggers and fellow authors. 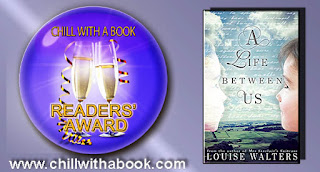 There are a couple of other positive things coming up which I can't yet reveal, but I'm chuffed.

I check my Amazon ranking daily hourly, and it fluctuates, but it's OK. More important than ranking, I've been fortunate to receive positive reviews on Amazon, Goodreads and Netgalley. Readers seem to be responding to A Life Between Us in a positive way. Some of the reviews are overwhelming. That keeps me going, it really does. There was a dark time just before the book went up on Netgalley where I feared it was a huge pile of tosh and I was about to make the biggest fool of myself, ever.

In the great scheme of things, my second novel is doing OK. Literally, OK. I'll take that!

The idea of bringing out my third novel is just as daunting. It's going to be hard work. It may do "OK", it may not. But if I don't bring this book out it won't do anything at all. I'm 50 this year and I've realised, finally, that life is short, so precious and fleeting, and it's not a failure to try something, even if you fail. The failure is to give in to fears and doubts and not try things. (Paraphrasing Bruce Lee here!)

So here I am, running my own company, setting up my own imprint, and bringing out my third novel. Today I'm delighted to welcome indie author Kathleen Jowitt to my blog. Kathleen is the first indie author to be short listed for the Society of Author's Betty Trask Prize, with her debut novel, Speak its Name. The Betty Trask Prize is awarded each year to a first time novelist under the age of 35, writing in a traditional or romantic style. This is an exciting development for all indie authors, and I was keen to hear more about this exciting news. Here's Kathleen...

Could you tell us about your decision to self–publish your novel Speak its Name? I wonder if you tried the agent/publisher route first; or if you always intended for this to be an indie book?
I did try the agent/publisher route, but I didn't get very far with it. I think everybody – myself included – was a little confused by the genre, and didn't know how to go about selling it. I tend to blame Section 28 for killing the emerging genre of LGBT teen fiction. If I'd been trying to sell to American publishers then things might have been difficult.
When it came to it, the decision to self-publish wasn't particularly difficult. Or, rather, it was absolutely unthinkable until the moment that it was the obvious next step. I found that the confidence, to take responsibility for everything that went out under my name, landed just after I turned thirty. By then I'd already put in a lot of work into making the text as good as it possibly could be, and I was free to concentrate on all the practical considerations that I'd blithely assumed somebody else would be dealing with, and when I dealt with those one at a time they turned out to be much less hassle than I'd feared. 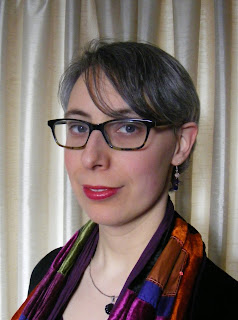 Could you tell us a little about Speak Its Name?
It's part Barchester, part coming-of-age, part coming out. It's the story of an evangelical Christian, and closeted lesbian, trying to navigate the troubled waters of university politics; it's about identity, and faith, and integrity.

What are the advantages of self-publishing?
You can write absolutely anything you like. There's no need to self-censor, to keep half an eye on what somebody else thinks is going to sell. You can go at your own pace, too, setting your own deadlines.

And the disadvantages?
You have to do everything yourself, or, if you don't do it yourself, you have to arrange for someone else to do it. I've had to be my own typesetter, cover designer, secretary and publicist. Fortunately, those are all skills that I've developed in the course of my day job – but there are still only so many hours in the day.

Yours is the first self-published book to be short listed for the Betty Trask Prize. How does that feel?
It's amazing. I've talked about having to develop the confidence to take ownership of my own work, but I must also admit that having had such a prestigious judging panel say such complimentary things about that work has been massively reassuring.
I can't overstate what a surprise it was. I was on holiday in northern Spain when I got the news; I checked into a hotel after a very long day on the narrow gauge railway, connected to the wi-fi, and, among the dozen emails that had accumulated while I was out of range, there was the notification. Reading the header out of context, I didn't immediately remember who or what Betty Trask was. I'd better not repeat what I actually said when I read the email itself! I spent the next week worrying that they'd made a mistake, that they hadn't noticed that I was self-published and that they'd change their minds when they did. That lasted until the press release came out, making it clear that the fact that I was the first self-published author to be shortlisted for the Betty Trask Prize was a feature, not a bug! 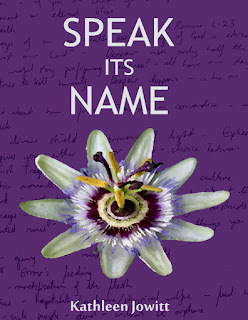 Did any aspects of self-publishing surprise you?  (For instance, I found the marketing to be more work and more time consuming than I’d imagined…!)
I was surprised by how much it's changed in the past couple of decades. My parents have both self-published and my childhood memories are cluttered with stacks of books and rolls of bubble wrap. Print-on-demand technology and online ordering mean that somebody else deals with all that – which is a great relief.

Self-publishers talk about the “freedoms” of being an indie. They undoubtedly exist, but what about the limitations? Are there any? Or is the publishing world really our oyster?
I think our reach is always going to be more limited than that of those authors who are represented by publishers with multi-million pound budgets. We have to fight harder for our credibility, too, though I'm hopeful that things will change there. Whatever happens, though, I think that the thick skin I've developed in the course of self-publishing can't help but be an asset.

The Alliance of Independent Authors runs a campaign, Open Up to Indie Authors, encouraging bookshops, book prizes and reviewers to include and embrace self-published books. What do you feel we as self-publishing authors can do to seek inclusion?
I think we just need to keep plugging away, to keep knocking at the doors until they open up for us. There seems to be a new openness, a new willingness to accept the idea that self-published authors can be producing good work. My own experience is evidence of that.

What’s next for you?
I'm working on a novel called A Spoke in the Wheel. The narrator is a professional cyclist who's been banned for doping. He's trying to re-establish his life in a place where nobody knows him and he never has to look at another bike. But of course the first person he sees is a cycling fan...
At the moment I've got some knowledgeable friends reading it for me, checking that I've got things right. Apart from all the bike stuff, I'm very keen to make sure that I haven't messed up anything around disability and the way the benefits system works, which is a major theme.

And finally, what are you reading at the moment?
I've nearly finished Patrick Leigh Fermor's A Time of Gifts – the first volume of an account of his epic hike from the Hook of Holland to Constantinople. In this one he gets as far as Hungary. It's a fascinating portrait of Europe as it was between the wars, with a flamboyantly rich descriptive style, and it makes me want to be out on the road to somewhere. 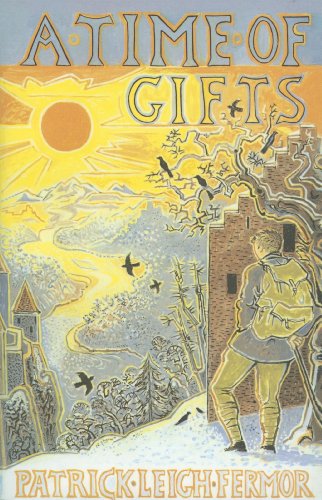 Thanks to Kathleen for joining me today, it's been fascinating to hear from her.

Kathleen's blog can be found here, and she tweets @KathleenJowitt

The Betty Trask Prize winner will be announced on Tuesday 20th June 2017. Good luck Kathleen!
Posted by Louise at 10:56 1 comment: